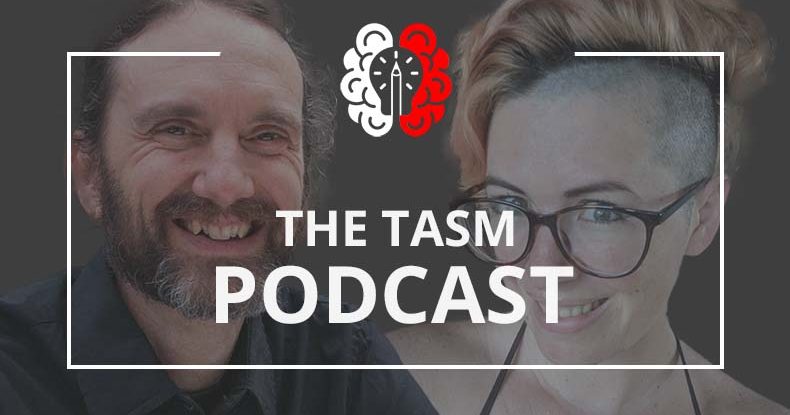 This week, authors J. Thorn and Crys Cain talk about dealing with perfectionist tendencies: when are they helpful, when are they harmful, and how in dark night of the soul do we work with them?

This week’s question: Do you struggle with perfectionist tendencies, and are they helpful for you?

Crys: You know, it’s been a rough 30 seconds since we last talked.

J: Yeah, we’re doing one of those things podcasters do: we’re stacking episodes, which means we’re recording multiple episodes in the same session because you and I both have a busy few months coming up.

Crys: This is true. I’ve been calling it the Summer of Chaos. It’s not necessarily a prediction so much as it is an acceptance.

Crys: Since we have no comments on the episodes that have not yet published and we don’t have updates on how life has gone, we’re going to jump right into the question.

J: Awesome. What is it this week?

Crys: Our question this week is: how do you cope with perfectionist tendencies?

Crys: I kick perfectionism to the curb as much as possible, but I don’t know how good I am at that all the time.

J: Yeah. So how do you know that you’re being a perfectionist?

Crys: If I’m not able to move on, if I’m stuck on something and it is stopping me from moving forward… and I wrestle with this because there’s two thoughts at war that I think are both valid. One is “shipped is better than  perfect.” And the other is the idea of putting your absolute best foot forward.

I try my best to marry those two together, but it creates a very uncomfortable tension.  How do you feel about that?

J: Yeah. I’m very much like you in that sense. I think I’ve gotten better at letting go of perfectionist tendencies. I’m much quicker to recognize them in myself than I used to be.

But part of me thinks if you really want to be good at something you might have to do some things that would be considered perfectionist. And notice I’m not calling anyone a perfectionist because that’s more of a label. I think we have tendencies at certain times.

Here’s an example: when a few months ago, when I was really doing a deep dive on improving my dialogue, I was a perfectionist in revising it.  I went over every word multiple times. I had a, the Dialogue Doctor Jeff Elkins helped me out and then he would send back suggestions and I would go over them again.

I would do that over and over again because I wanted to learn, I wanted to master, or at least improve that skill.

Now, fast forward, a few hundred thousand words later, or however many words it is or whatever. I’ve internalized a lot of that. I don’t edit dialogue the same way I did a year ago.

So I think, maybe that’s where you have that discrepancy too, is that it’s certain times you do have to be a bit of a perfectionist. And at other times you have to know when to just let things go.

Crys: I think that I almost do it in the reverse order though. When I’m doing something new, I really let go of perfectionism and embrace the shitty first times, Fucking First Times, Brene Brown calls it, and let myself be bad. Because I think that where perfectionism really hurts people is in the beginner stages.

J: I should clarify though. I’m not talking about being a perfectionist when you first try it. I’m talking about the. Once you’re further into the process.

Crys: Okay. Yeah. That’s fair. That’s fair. Yes. Because you, while this is your deep dive on dialogue, it is not your beginning learnings of dialogue. That makes sense. Yes.

So maybe then it is the same that you’re in that later stages of honing that skill, you already have to mastery level. Yes. That order I would agree with. Yes. That in the beginning stages, you embrace being bad and learn how to get stuff done.

And when I say bad, you’re still doing the best you can, but you look at it and you see the gap between where you want to be and where you are, and sometimes you just have to accept that’s okay. Because it just takes time and practice.

Crys: How do you guide a client who is struggling with perfectionist tendencies?

J: I try and have them focus on one element. Which I don’t know if this is a good approach or not, but let’s say, I’ve a client struggling on a manuscript and what that can look like for some people is they sit down to start chapter one revisions and two hours later, they’re still on the third paragraph of chapter one, because they’re trying to revise it from first draft to perfection.

That’s just too big of a chasm to cross, for most of us anyways. And so you get these perfectionist tendencies that you’re like I’m quote unquote finishing this chapter before I move on to the next.

So what I’ll say to a client? Yeah. Instead of trying to make one massive perfect revision, do it in waves. And maybe the first wave all you’re doing is just reading for enjoyment. Are you enjoying it as a reader? Like maybe that’s the first thing you do.

Maybe the second thing you do is you reverse outline. So as you read, you write down what’s happening and you want to make sure that your story works at the global level, at the highest level, because you don’t want to start fixing sentences if you’re going to have to toss out seven chapters or something.

So I would almost break it down and say just focus on this one thing. And then if you do a bunch of those one things that will eventually get you to where you want to be.

Crys: Yeah, I like that. It’s something I’ve been thinking about. How do you talk to people who have more of the perfectionist tendencies? Because I have a group of friends who we’re all in the same realm of we’re working as authors full time, each of us has different strengths and knowledges as our publishing paths have grown differently. So we all know more about different things than the others do.

At least one of my friends has far more perfectionist tendencies than I do, but also their personality is very different. So the things that are important to them are very different from mine and striving for a certain kind of perfectionism actually drives them to get more done.

I am always looking at them and go here’s how I do things, but I don’t know if it’s going to work for you because I don’t know if telling you that you need to do it X, Y, Z way is going to spur you to get that and more done because you like a challenge, you like the anger that comes with that. I don’t know.

J: Yeah.  I’m thinking of Dean Koontz as an example. And I think I read this somewhere. I might not have. But I think that he basically doesn’t revise. Or he doesn’t do a revision after he drafts, he revises as he goes.

He doesn’t start writing chapter two until chapter one is done. And so by the time he gets to the end of his manuscript, he’s done. So that would be an instance of, maybe that level of perfection for perfectionism could work in your favor, if you’re able to be productive in that way.

Now, that’s Dean Koontz. Maybe he’s an outlier, but that’s just one example that I could think of.

J: That’s right. If your perfectionism is preventing you from accomplishing things then it’s a problem.

Crys: I have a question for folks this week, and that is 1: do you feel like you struggle with perfectionist tendencies and 2: is it helpful for you?

Crys: Thanks for joining us this week! Drop your answer below, and if you would like to be part of the conversations in real time, you can join us at The Author Success Mastermind.